Italy has been undoubtedly one of the leading countries in fashion industry since the 11th century. Fashion has always been an important part of the country’s cultural life and the society. Excellent high-quality craftsmanship, cutting-edge tailoring and luxury designs makes Italy one of the fashion empires of the world. Italian fashion reached its peak during the Renaissance. Italy is widely recognized as the cradle and birthplace of the Renaissance. No need to say that Italian fashion industry has a promising future.

Why Italian Fashion Brands are so popular?

‘Made in Italy fashion’ when we consider in world of fashion is synonymous with exclusivity. The fashion houses that continue to produce in Italy know this well and focus on the quality of Italian designer fashion products. Success in Italian fashion industry is not just an accident it is a result of knowledge acquired over the centuries, creativity and innovation.

Italian designer fashion brands are among the top fashion brands in the world if you’re not already familiar with the Italian brand names, you will be soon. Below I have listed top Italian fashion brands that have helped shape the Made in Italy Fashion in some way.

In Italian brands specializing in leather and fashion, Gucci is one of the top 3 brands in the world. in 2008 Gucci made 4.2 billion dollars making it the highest-selling Italian brand. Having around 300 stores worldwide it’s undoubtedly one of the most recognized and popular brands on the top-10 list. in 1920 and emigrant hotel worker Guccio Gucci took over the company and gave it to his three sons, ALDO Vasco and Rodolfo who expanded out to Milan and Rome. One of the most impressive factors was their use of the internet when internet shopping became more popular. They posted videos of Behind the Scenes, when making certain items and included large images and step-by-step guides to show how much care goes into their products.

PRADA was founded in 1913 by two brothers Mario Prada and Martino Prada. Started as a small Italian leather goods shop in Milan. Ironically during this time, they did not agree with females coming into the family business. Therefore women were banned from joining. how things changed with the female buyers now being a huge benefit and percentage of the brand’s income.

Among Italian luxury fashion brands, PRADA is one of the luxurious fashion brands that people love to show off always and by all means. Topping their range is, beautiful selection of handbags that women all around the world go mad for. people will pay around $2,600 for one of these beauties and that’s not even a lot. Other accessories and travel items such as Suitcases and sunglasses are also favorite sellers. 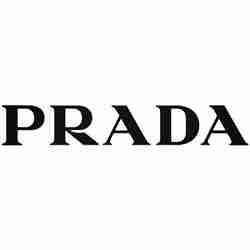 In addition to the fashion industry, Giorgio Armani S.p.A also operates a range of night clubs, bars and coffee shops all around the world. The company owns a chain of most luxurious hotels and resorts in several big cities in the world including London, Paris, New York, Dubai, Milan, Hong Kong, Tokyo, Los Angeles, Shanghai and Seoul. 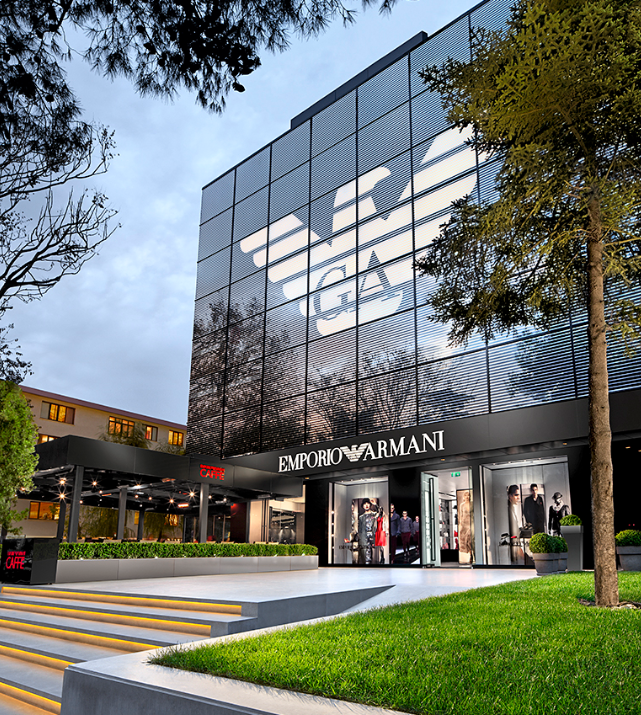 Valentino operates in the upper end of the luxury fashion market, offering exclusive products in the haute couture, ready-to-wear dresses, designer, diffusion and bridge segments. The brand markets these products all over the world under several different labels: Valentino, Valentino Garavani, Valentino Roma and Valentino R.E.D.

Valentino’s dresses are more dreamy, more romantic, more youthful and impeccably made. That’s the charm and mastery of Valentino. 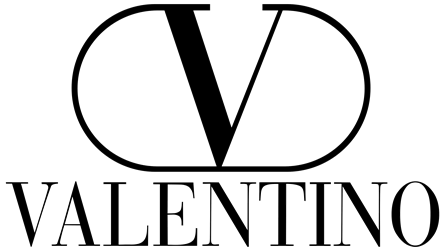 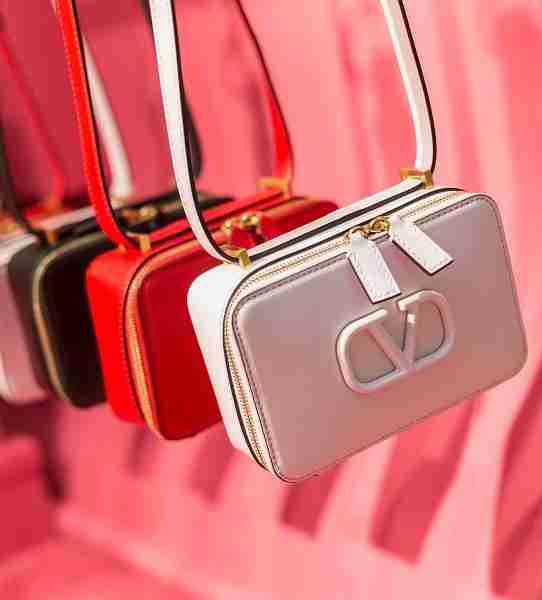 Gianni Versace S.R.L. is an Italian goods and high fashion brand founded by Gianni Versace. The Versace logo is the head of Medusa, a Greek mythological figure. The Versace brand is renowned for its innovative fashion designs having stylish symbolic flashy prints and bright colors. In 2018 Versace announced not to use animal-produced clothing and accessories in its collections.

Versace designed for many popular celebrities in the world, including Michael Jackson, Elton John and many beautiful women. For the same reason he was often called the “Rock and Roll Fashion Designer”. Versace has also designed clothing for the Princess Caroline of Monaco and Princess of Wales.

Versace was often called the “Rock and Roll fashion designer” because they designed for many famous clients, including Elton John and Michael Jackson, as well as the most beautiful women. Versace designed the stage costumes and album cover costumes for Elton John in 1992. Versace has also designed clothing for the Princess of Wales and Princess Caroline of Monaco..

Gianni Versace was murdered on 15 July 1997 by a gunman on the front stairway of his Miami Beach mansion. After his death, his sister Donatella Versace, formerly vice-president, took over as creative director, and his older brother Santo Versace became CEO. Donatella’s daughter Allegra Versace was left with a 50 percent stake in the company. 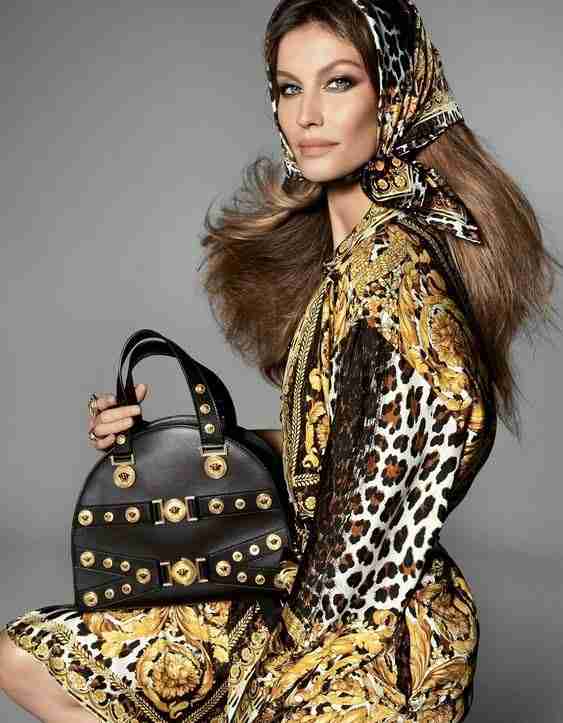 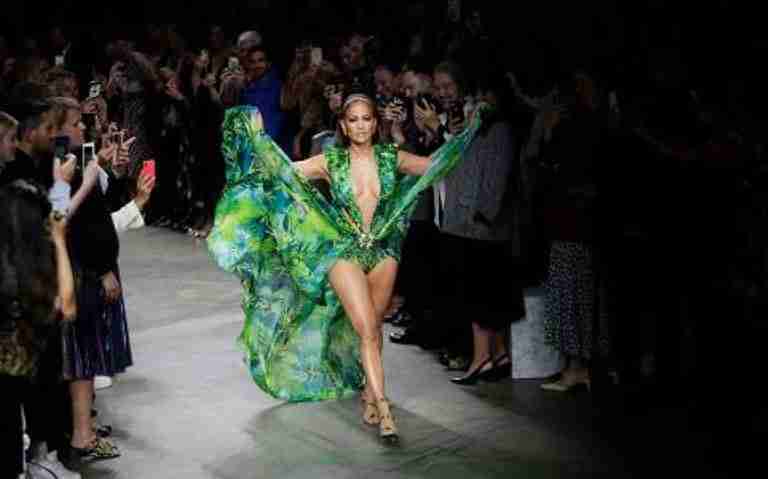 You don’t get much more luxurious than Italian fashion house Fendi, founded by a husband and wife team back in 1925. Fendi began as a maker of leather goods and furs. Ninety years later they created women’s wear, menswear, fragrances, eyewear, kids clothing and stunning runway looks to boots, all made in Italy and beautifully luxurious. The brand has become known for its Italian aesthetic bold shades, tactile materials and unique textures.

Five daughters of Adele and Edoardo Fendi Paola, Anna, Franca, Carla and Alda joined the company in 1946 in its second generation as a family owned business. Famous fashion designer Karl Lagerfield joined Fendi in 1965 and became the creative director of the company. The third-generation member of the Italian fashion dynasty Silvia Venturini Fendi, daughter of Anna, joined the company as creative director of accessories, menswear and children’s fashion in 1994. In 2001, Fendi was bought by LVMH and became a multinational brand. Today, the company has over 210 boutiques worldwide. 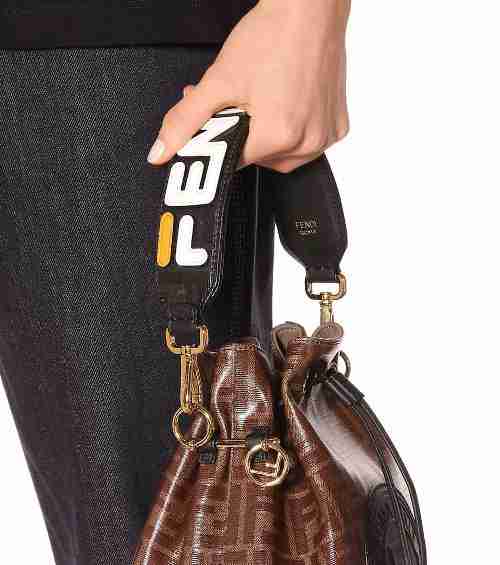 Bottega Veneta is an Italian luxury fashion house offering exclusive products, including its leather goods, men’s and women’s ready-to-wear, shoes, fine jewelry, eyewear, fragrance, luggage, furniture and home collections. It’s atelier is in an 18th-century villa located in Montebello Vicentino, northern Italy and its headquarters are in Lugano, Switzerland. Bottega Veneta has many offices all over italy. The company opened their second Maison in Beverly Hills, USA in May 2016. There are 251 boutiques all over the world owned by Bottega Veneta.

Bottega Veneta was purchased by Gucci for $156 million in 2001, and is now a part of the French multinational corporation, “Kering”. Kering is a global Luxury group composed of iconic and dynamic Houses in Fashion.

One of the most recognizable elements of the brand is “Intrecciato”. Intrecciato is the technique of weaving the leather, which is now synonymous with the brand and it became such a large part of the company today.

Bottega Veneta fashions were famous among many international clients, including Jacqueline Kennedy Onassis and the empress Farah Pahlavi. 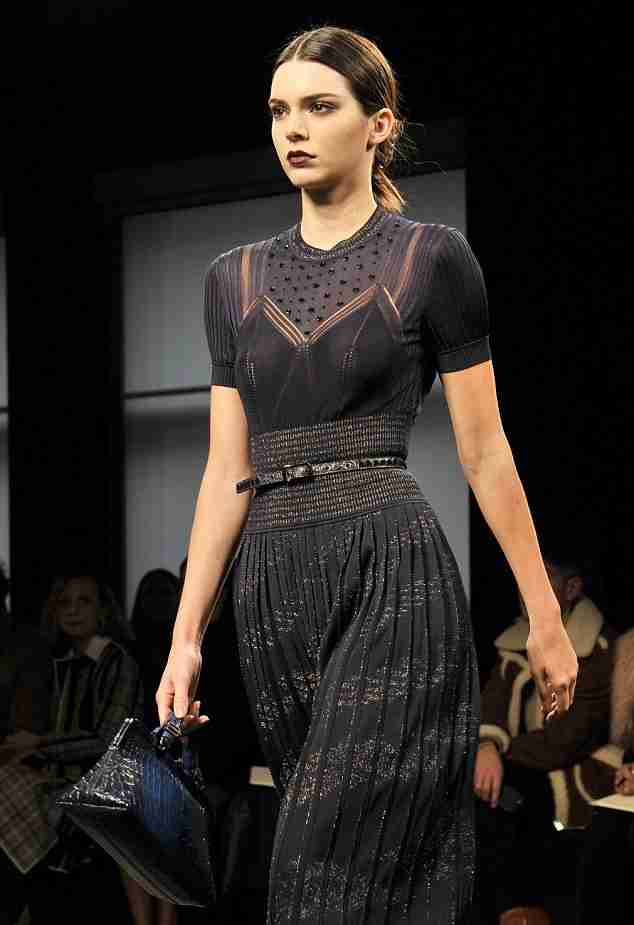 Franco Moschino died on September 18, 1994 at the age of 44 from an abdominal tumor. After his death, Rossella Jardini, his former assistant, became the creative director of the company. In October 2013, american fashion designer Jeremy Scott took over as creative director and showed his first Moschino collection on the runway in fall 2014. 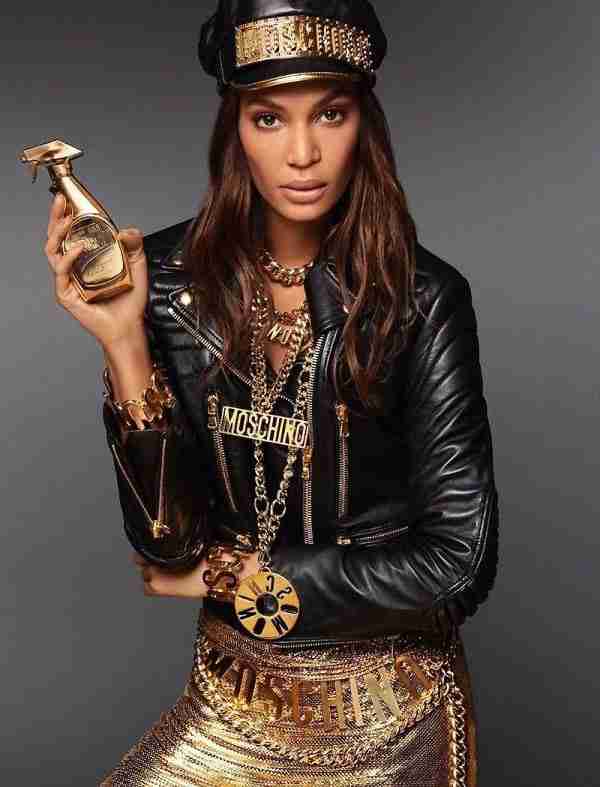 Dolce & Gabbana, One of the most prestigious fashion labels in the world, They are Dolce and Gabbana. Two young Italians brought together a true passion for fashion. The label was started in 1985 by these two Italian designers in Legnano, Italy, Dominico dolce from Sicily and Stefano Gabbana from Milan when both men were still in their twenties.

Life is sweet for those who can afford to wear extravagance designs from this high-end fashion house. And the dynamic duo was opening boutiques in Paris, New York, Singapore, Hong Kong, and in most europian cities. The over the top designs are adored by Hollywood and music industries famous figures, Maddona, Kyley Minogue, Jessica Elba, and Anjalina Jolie for their sexiness ironic and sense of humor.

This Italian fashion house has two central lines, Dolce and Gabbana which specializes in more expensive luxury items and more formal. D&G, consist of more casual lines that follow urban inspirations. In 2011, Dolce & Gabbana decided to discontinue the D & G Line in order to put “more strength and energy” into their other collections. 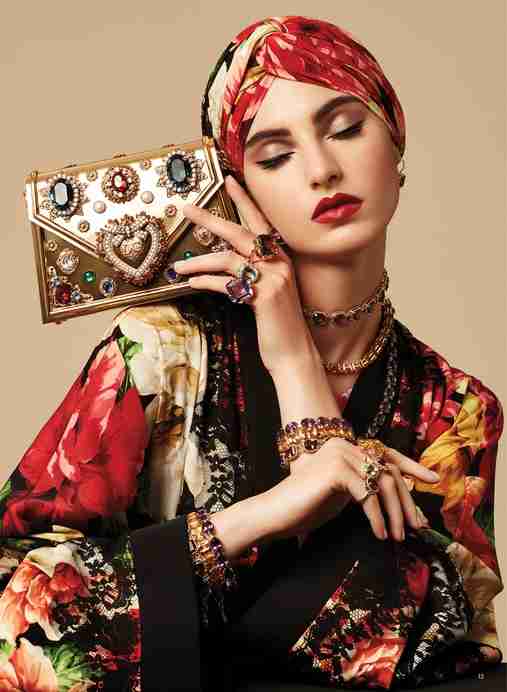 Miu Miu fashion brand was established in 1993 by Miuccia Prada (Youngest granddaughter of Mario Prada). The brand name is always synonymous with her, “Miu Miu” is the nickname given to her by her family.

Miu Miu fashion collections are more youthful and attractive than Prada, inspired by Miuccia’s colourful past and some of the people she met along the way. She had great success within a short period of opening the brand. Barely one year after launching the brand, she won Best Designer at the prestigious CFDA Awards, receiving instant recognition for her original use of both colours and materials.

In 2011, Miu Miu launched the Women’s Tales series. The campaign consisted of short films that were produced in conjunction with high-profile female directors. The outcome was a list of short, silent films that featured Miu Miu’s collections. 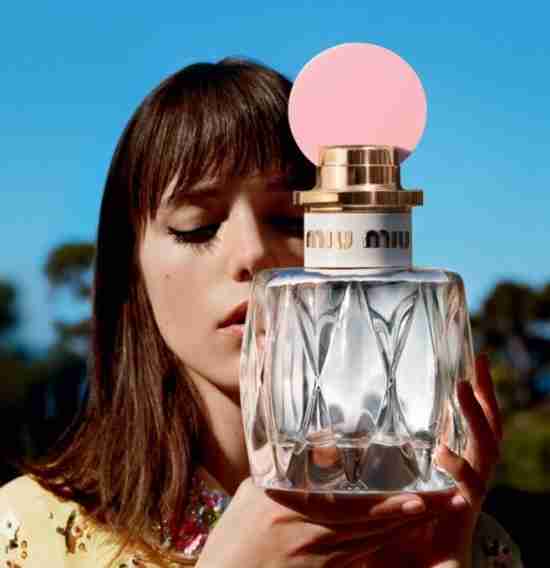 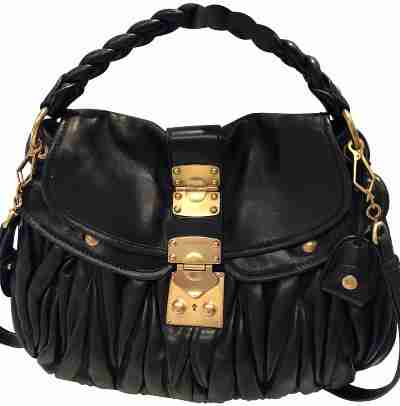