The name of Valentino Garavani is synonymous with style, the label has produced successful lines year after year since it’s opening in 1960. The man behind the label the eponymous Valentino Clemente Ludovico garavani is a gifted designer who used his talent to build a successful brand favored by the rich and famous. Despite his retirement, Valentino’s name lives on in the fashion industry continuing to deliver the must-have fashion wear and accessories he made so famous.

Valentino knew he was destined to work in fashion from an early age. As a child in Lombardy Italy, Valentino developed a deep love for fashion, He worked as an apprentice for his aunt Rosa and also for a designer named Ernestina. his parents supported his career ambitions to make it big in the fashion industry and sent Valentino to study at École des Beaux-Arts in Paris. Valentino got his professional start as an apprentice working in the salons of Jean Dessès and Guy Laroche. Valentino also had dreamed of starting his own label and he decided to return to Italy in 1960 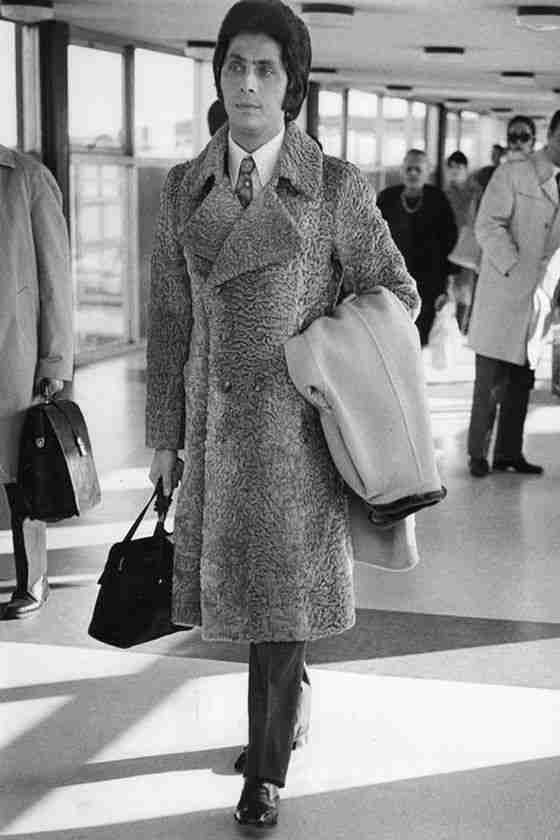 Valentino had help along the way but without happiness in Paris, He decided to invest it all on himself. A dispute with his first employer left him jobless. his friend giula ross was running his own small label and he took Valentino in. Valentino worked there for a short while. However, he wasn’t happy. He took the decision to risk it all by moving back to Italy to start his own line backed financially by his father and one of his Associates. Within a year he was on the verge of bankruptcy. The outlook for the designer, his Brand, and his investors looked, Dyer. 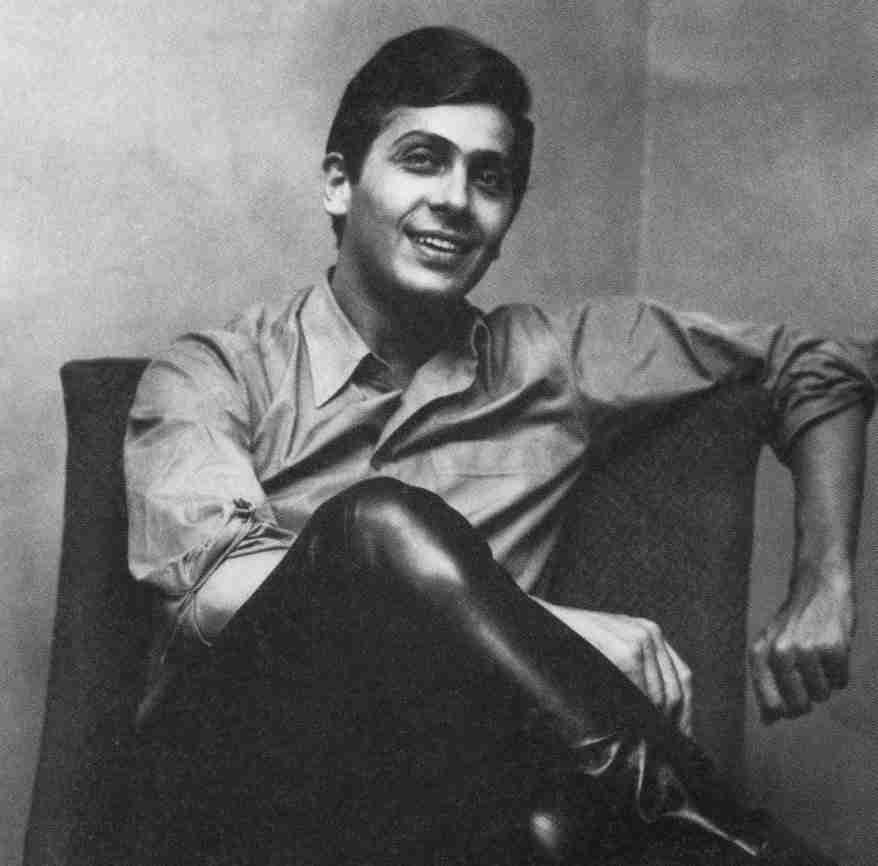 Valentino launched his brand officially in 1962. In 1960 Valentino met Giancarlo Giammetti by sheer luck and became his business partner in his business which was based in Rome. Both were determined to turn the business around to make it profitable. Valentino was running his “Maison de Couture” and he was already designing dresses in his signature color “RED”. In 1962 they staged their first Runway Show in Florence Italy. Valentino soon earned a reputation as a Couture designer to rival his competitors

Valentino began to turn his runway success into financial success. Having managed to launch a successful international line, Valentino and his partner invested their profits in the business. They were able to dig themselves out of the financial Hole. Valentino had found himself in after he started the label back in 1960. They were able to keep their lush premises on Rome’s famous and exclusive Via Kandari. Valentino based his operation on the luxury Couture houses he had seen in his time in Paris. it was expensive to maintain but Valentino knew it would pay off in the long run. 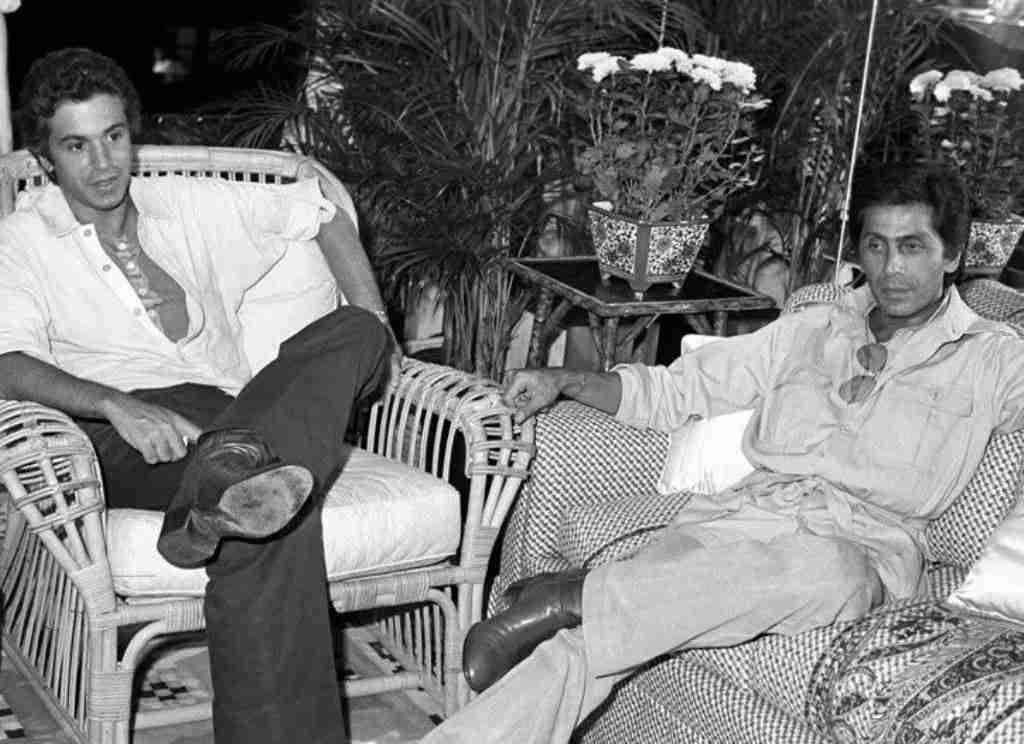 Jackie Kennedy was one of Valentino’s first and most loyal celebrity clients. in 1964 Jackie Kennedy saw one of Valentino’s designs and then wanted to see the whole collection. Valentino was in the United States at the time preparing to show some of his works at the New York gala. Valentino sent a model with some of his dresses to Kennedy’s apartment. She bought six Couture outfits in black and white which she wore during her year of moaning. then when Jackie Kennedy married Greek shipping magnate Aristotle Onassis in 1968 she did so in a wedding dress designed by Valentino himself. 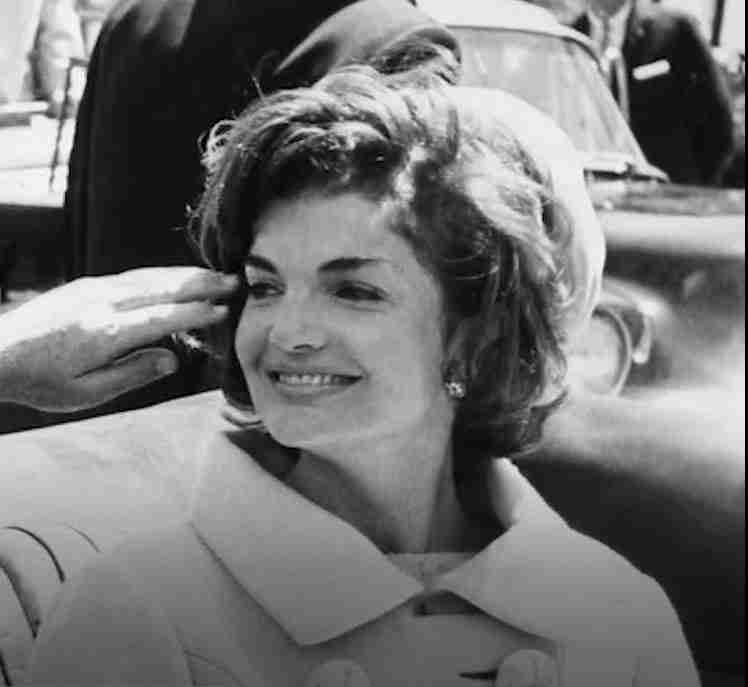 The Valentino brand generates about 1.1 billion in turnover annually. Valentino became a fashion superpower and it’s brand continues to dominate the fashion industry to this day. known for his love of the color red and his exquisite vintage designs, Valentino built his brand year after year. Valentino has tailored to fit designs that were worn by many celebrities and socialites around the world. There is a price to pay for such exclusivity though. The starting price of a Valentino gown is at least five figures although the buyers should expect to pay more than $100,000 for the more intricate designs, for example, Anne Hathway Worn $80,000 red Valentino creation for her red carpet entrance when she co-hosts the Academy Awards back in 2011. At the 2007 Oscars, Kate Winslet wore mint green Valentino gown valued at $100,000.

Valentino has been accused of cultural appropriation and the lack of diversity. After Valentino and Giancarlo left the company the creative director ship was taken over by Maria Grazia chiuri and Pier Paolo piccioli, They faced some severe criticism in 2015 and 2016 over issues surrounding raise. In 2015 they launched a collection of clothing inspired by what they called the wild primitive African continent and its cultures. Many African inspired elements were featured in the show with the exception of one, African models. Less than 10% of the show’s 87 Luxe were worn by people of African descent. Valentino was accused of cultural appropriation taking on racial stereotypes and then appropriating them for the privileged was highly offensive to many people. The show formed part of the dialogue around the lack of diversity that was raging at the time. 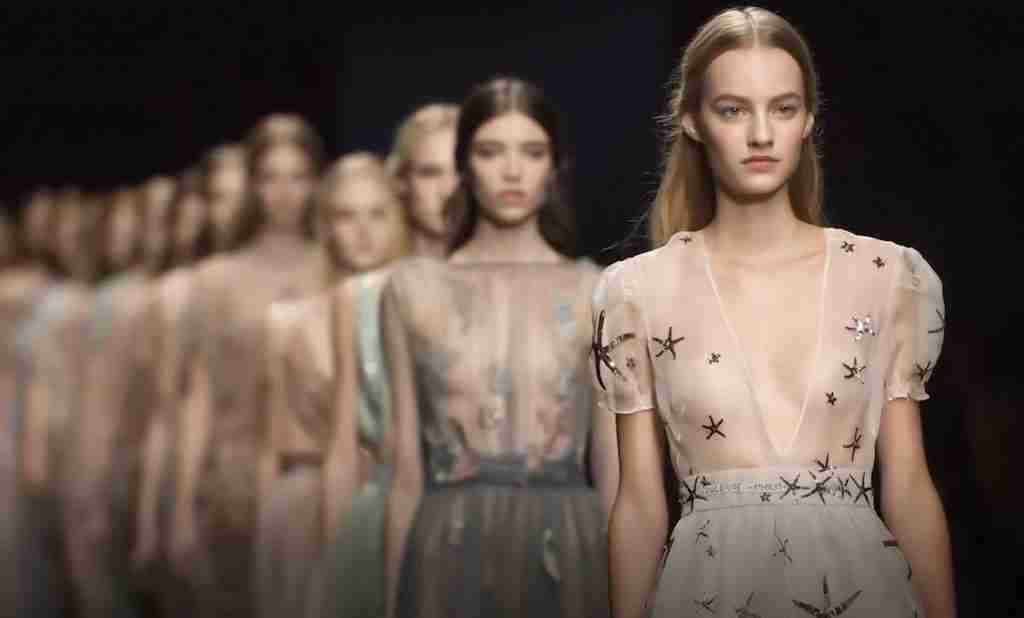 Valentino cut ties with photographer Terry Richardson in 2017. photographer Terry Richardson has been accused by more than one model of sexually inappropriate behavior. He has defended himself saying that since his work is often sexually explicit there may have been sexually explicit interactions with his subjects, but they were always consensual regardless of the allegations, the photographer continued to work with big-name companies and magazines including Valentino. however, after the emergence of the allegations against director Harvey Weinstein and the rise of the #metoo movement Valentino decided to sever ties with Richardson. There has been increasing pressure on the fashion and entertainment Industries particularly to review their practices when it comes to allegations of inappropriate sexual behavior. 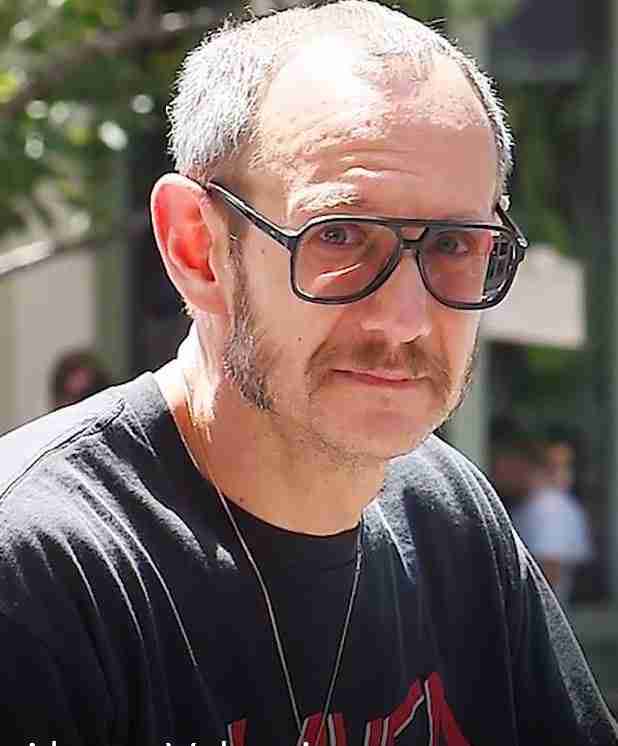 Valentino garavani went out with a bang when he left the company in 2008. Valentino garavani’s final show took place on January 23rd, 2008. He had released his last ready-to-wear show in 2007. The fashion world was holding its breath in anticipation of the final show. The venue was Museo Rodin in Paris and it was packed with famous fans of the Beloved designer. Models such as Claudia Schiffer, Naomi Campbell, Eva Herzigova, and Caren Mulder were there at the farewell. He received a standing ovation at the end of the show. It was the end of an era despite the fact that Valentino’s label will live on. 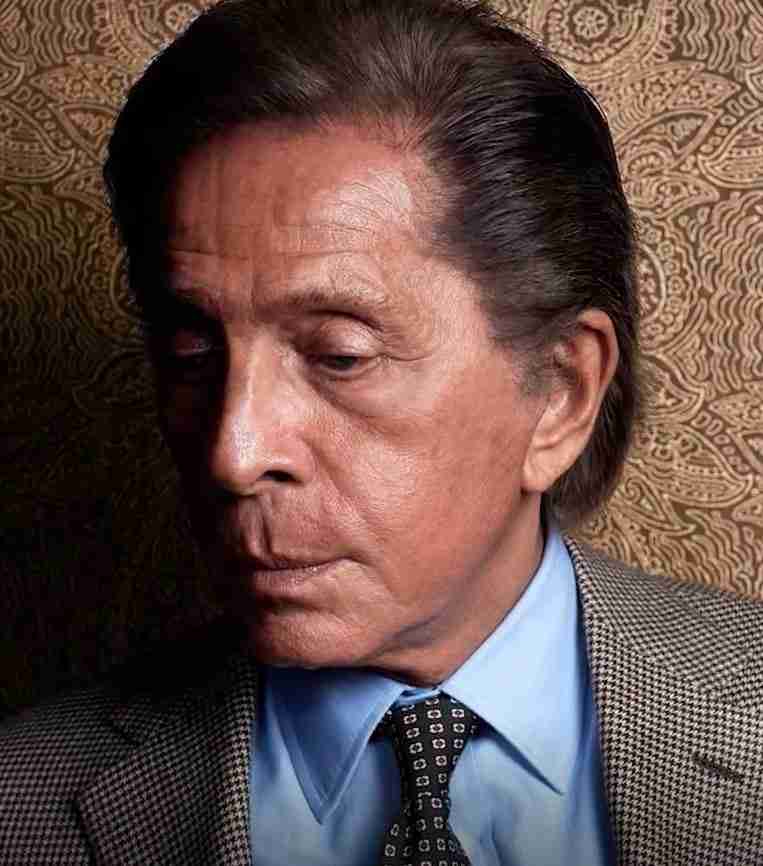 Valentino’s most recent Runway Show had the audience in Raptured. Pierpaolo Piccoli and his team of designers decided to reimagine a High Society that embraced women of African descent. By all accounts, Piccioli was inspired by a 1948 photographed by Cecil Beaton who featured a group of white women. Piccioli wanted to explore the concept of substituting those olden day models with powerfully strong black women. The show was by far one of Valentino’s most diverse when it comes to the ethnicities of its models. 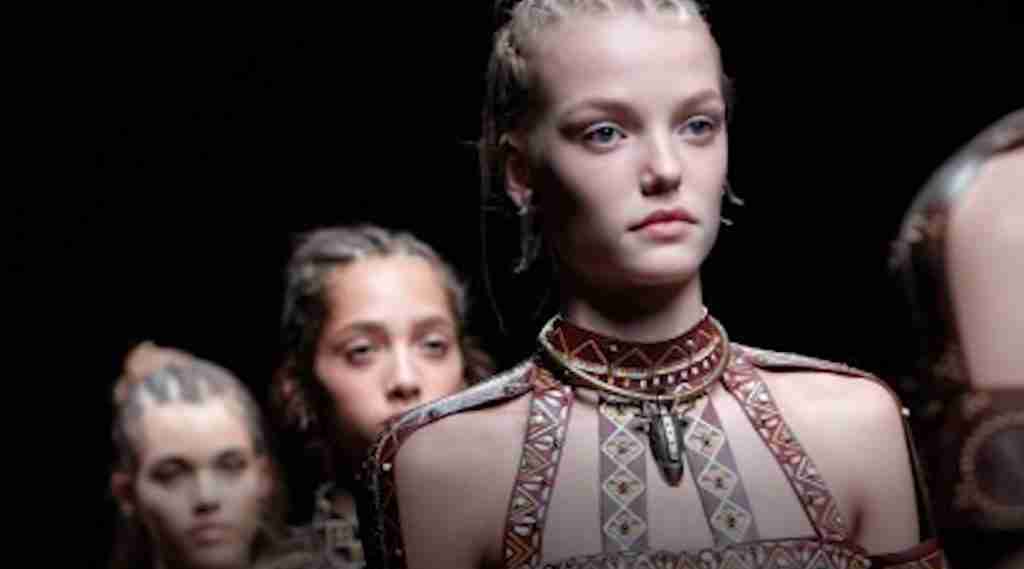 Valentino thrives in the cutthroat world of Fashion where others merely survive. Valentino Garavani and Giancarlo Giamatti sold Valentino to an Italian Company called HDP in 1998 for 300 Million USD. Both continue to work at the company after selling their shares. HDP sold the company to Marisota apparel. The company is controlled by Mayhoola for investments SPC which is situated in Qatar. Valentino diversified into ready-to-wear lines accessories and shoes there by commanding a great segment of the market. It is a visible brand due to a strong online presence and effective marketing campaigns as well as its association with well-known celebrities. In a high competition market the brand continues to grow. it’s available in 90 countries at 1300 point of sale and in 160 boutiques.

Legacy of Valentino is set to last for many years. In the 11 years since the designer has parted away with the company, it has still continued to thrive. Pier Paolo Piccioli is actively ensuring the brand moves with the times, but simultaneously holds true to the style of its founder. He is clearly found to the balance as this fashion juggernaut continues to produce impressive financial results. Valentino proves that haute couture is still relevant in the 21st Century and is one of the reasons that continues to have prominence in the fashion world.

Valentino garavani is living large in his golden years with an estimated net worth of 1.6 billion dollars. Valentino Garavani and Giancarlo Giamatti may no longer be romantic partners. But they remain close and have a tight inner circle of Friends. Together they enjoyed a life of luxury. They owned homes around the world and countries such as Italy, France, Switzerland, England, and the United States. Valentino owns a private Jet and luxury Yacht. Valentino also frequently hosts celebrities as visitors and enjoys traveling to many destinations. Many people say the only designer who comes close to living a comparable lifestyle is Karl Lagerfeld who sadly just passed away recently. 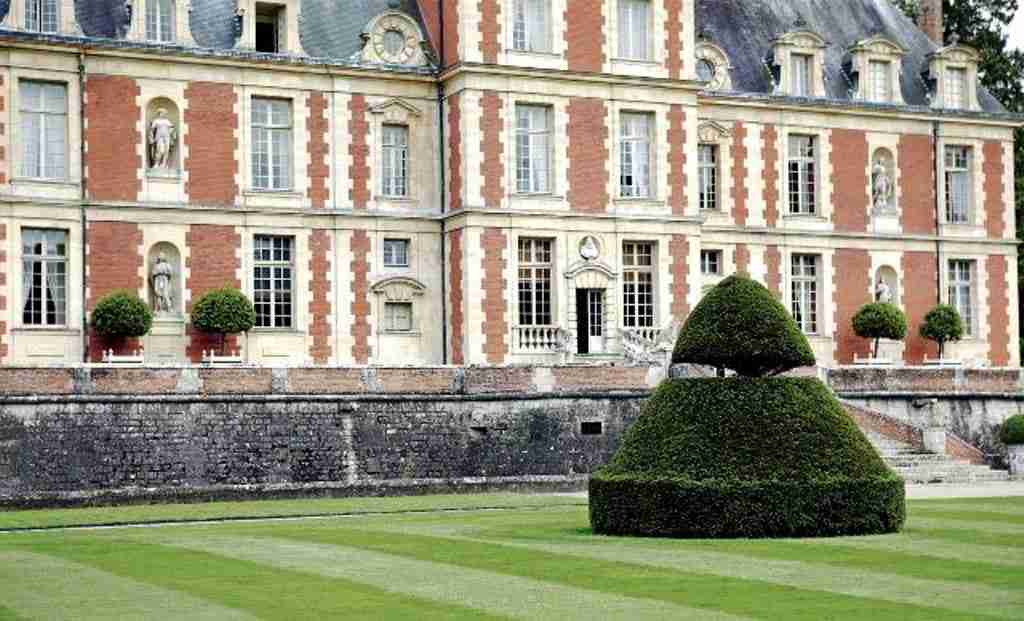 Valentino garavani is no stranger to the movie industry. Valentino garavani made a cameo appearance in the 2006 film The “Devil Wears Prada” starring Meryl Streep Anne Hathaway and Emily Blunt. In 2008 Matt Tyrnauer released a documentary about the life of Valentino Garavani and his partner Giancarlo Giamatti. The film “Valentino the last emperor” is a documentary telling the unique story of Valentino his rise to fame and his dramatic exit from the fashion scene in January 2008. 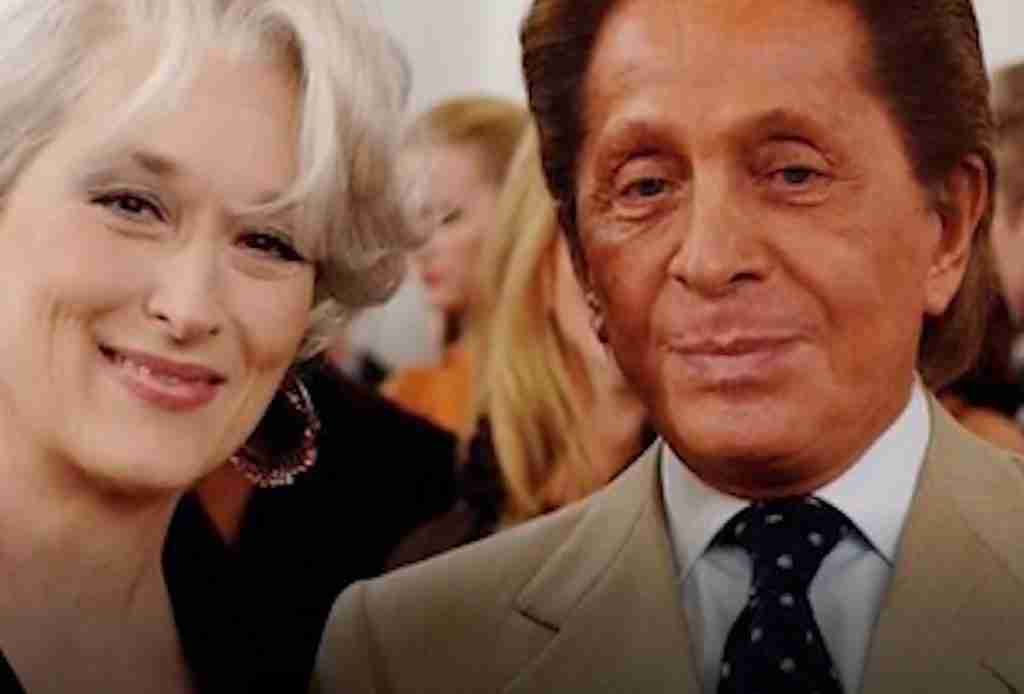 Valentino garavani is mad about his dogs. Valentino owns six pugs. Their names are Molly Milton Monty Margot Maude and Maggie. He named one of his lines of clothing after all over his beloved pug who passed away. Five of the six pugs travel in a third car in Valentino’s procession when he’s on the move. The second car contains his luggage and staff. Maude however always travels with Valentino. 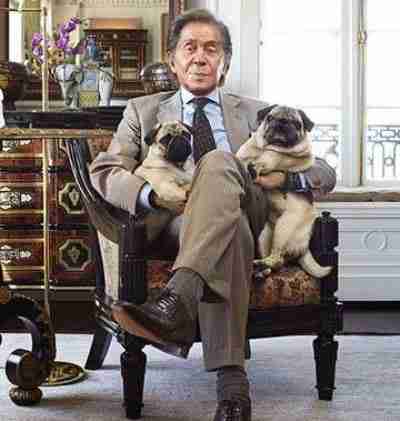